Characterizing coexisting clones within a tumor 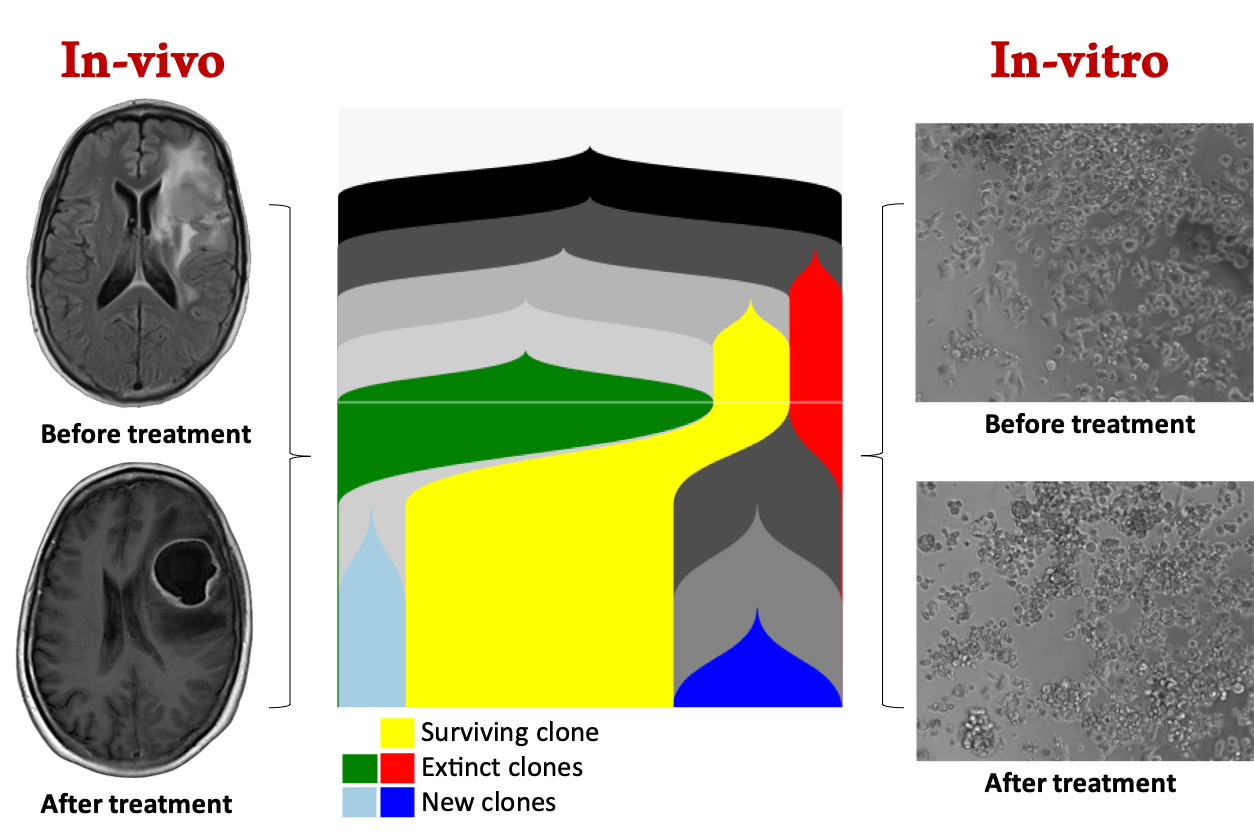 One reason tumors can adapt to our treatment is that they are composed of heterogeneous cells. The relative frequencies of subclones within a heterogeneous population changes in response to treatment. The progress in quantifying cellular diversity in the past years has been remarkable, in part thanks to advances in single cell sequencing (sc-Seq). But scDNA-Seq for example is just one perspective on a tumor cell, in turn yielding only one of many perspectives on the tumor’s population composition. Looking at the cell’s RNA instead of the DNA, we will likely see a different population structure. And yet another if we look at imaging data and the cells' microenvironment. It’s like having a set of different sensors – one that measures smell, another colors, yet another measures displacement – none of them give the complete picture. 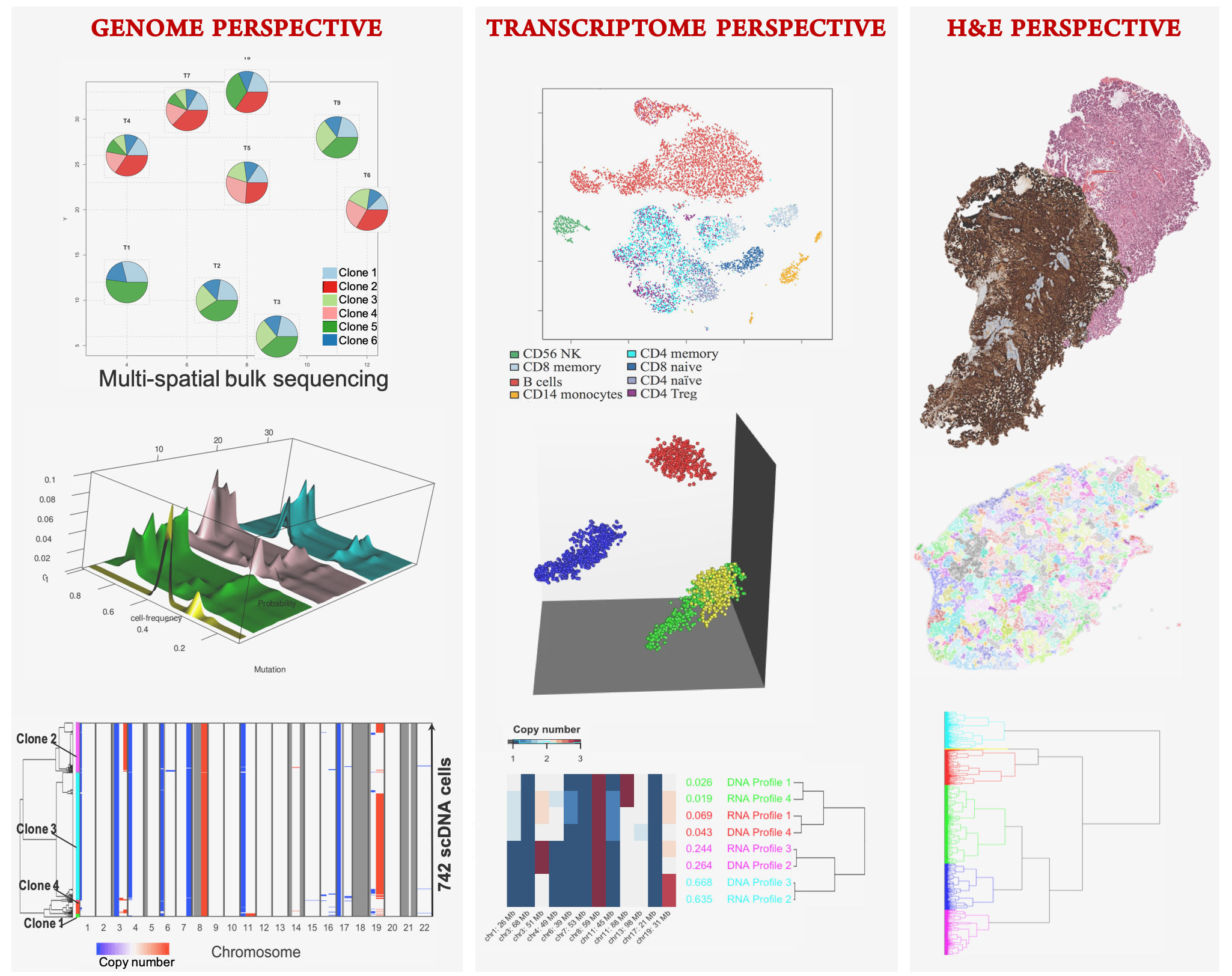 But what we ultimately want to know is not what subpopulations differ in their DNA or RNA, but we’re interested in that outline of subpopulations that defines differential drug sensitivities. Data integration is likely to bring us closer to this goal than looking at a single angle. Integrating multiple perspectives – we can better answer the question: what really is a clone?

Knowing what a clone really is – knowing what constitutes a clone in a tumor – is a powerful metric that informs parameters of tumor evolution that are otherwise difficult to measure directly. Clone characteristics can help inform mathematical models and prediction of therapeutic strategies to steer clonal dynamics into the desired direction. Our lab investigates changes in the clonal composition over time in the face of defined selective pressures. Two projects to that end define the selective pressure as either: 1) DNA-damaging therapies or 2) energetic/nutrient limitations.

1. A clone's genomic stability as biomarker of its DNA-damage resilience 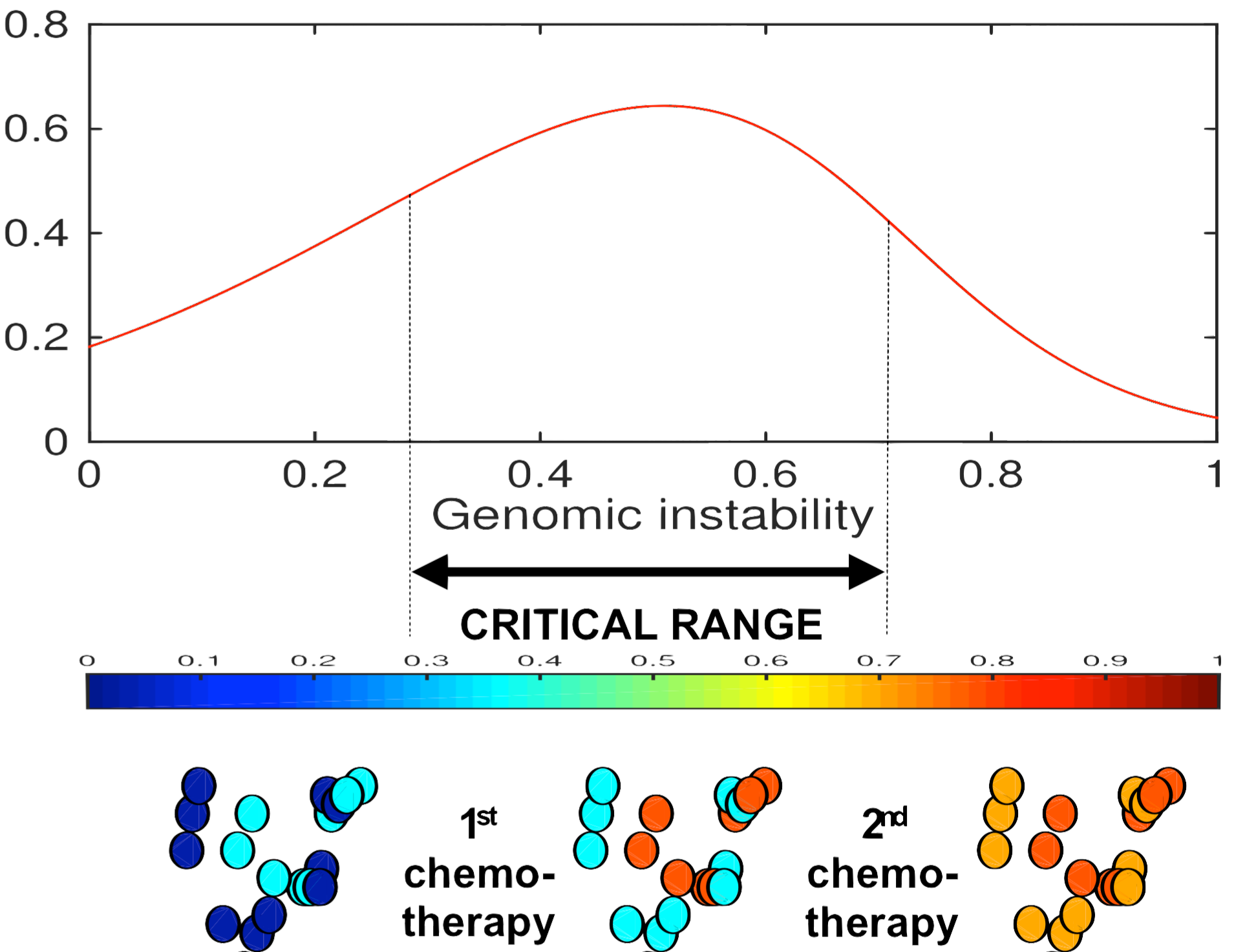 A main problem in the treatment of advanced cancers, including gastric cancers and glioma, is the incertitude at which we predict how individual patients will respond to DNA-damaging agents, especially on the long run. Knowing the mechanism behind a patient’s response, or the lack thereof, will help us depart from the oversimplified “more-is-better” and “one-size-fits-all” principles according to which DNA-damaging agents are administered. This will improve clinical outcome by allowing us to pinpoint those who would respond better and longer to lower doses of DNA-damaging agents, than to higher doses. Under the assumption that the success of DNA-damaging therapy increases with the proliferation rate of a relatively homogeneous tumor population, there was little reason to assume anything other than monotonic dose-response relations. But with the recent paradigm shift that most cancers are in fact DNA mosaic products of ongoing evolution, comes the urgency to reconsider these fundamental principles behind DNA-damaging therapy administration. As the developers of one of the first DNA deconvolution methods and with access to technologies to profile the genomes and transcriptomes of up to 10,000 cells simultaneously, we are equipped to embark on first personalized dose-finding strategies for DNA-damaging therapies. 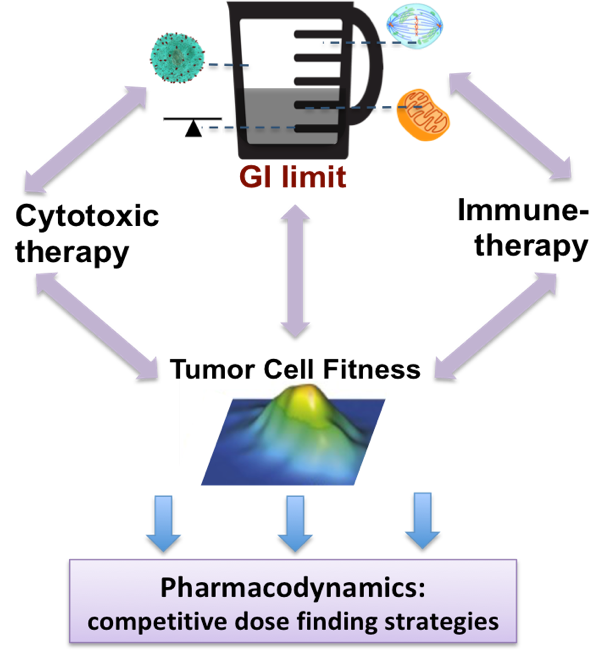 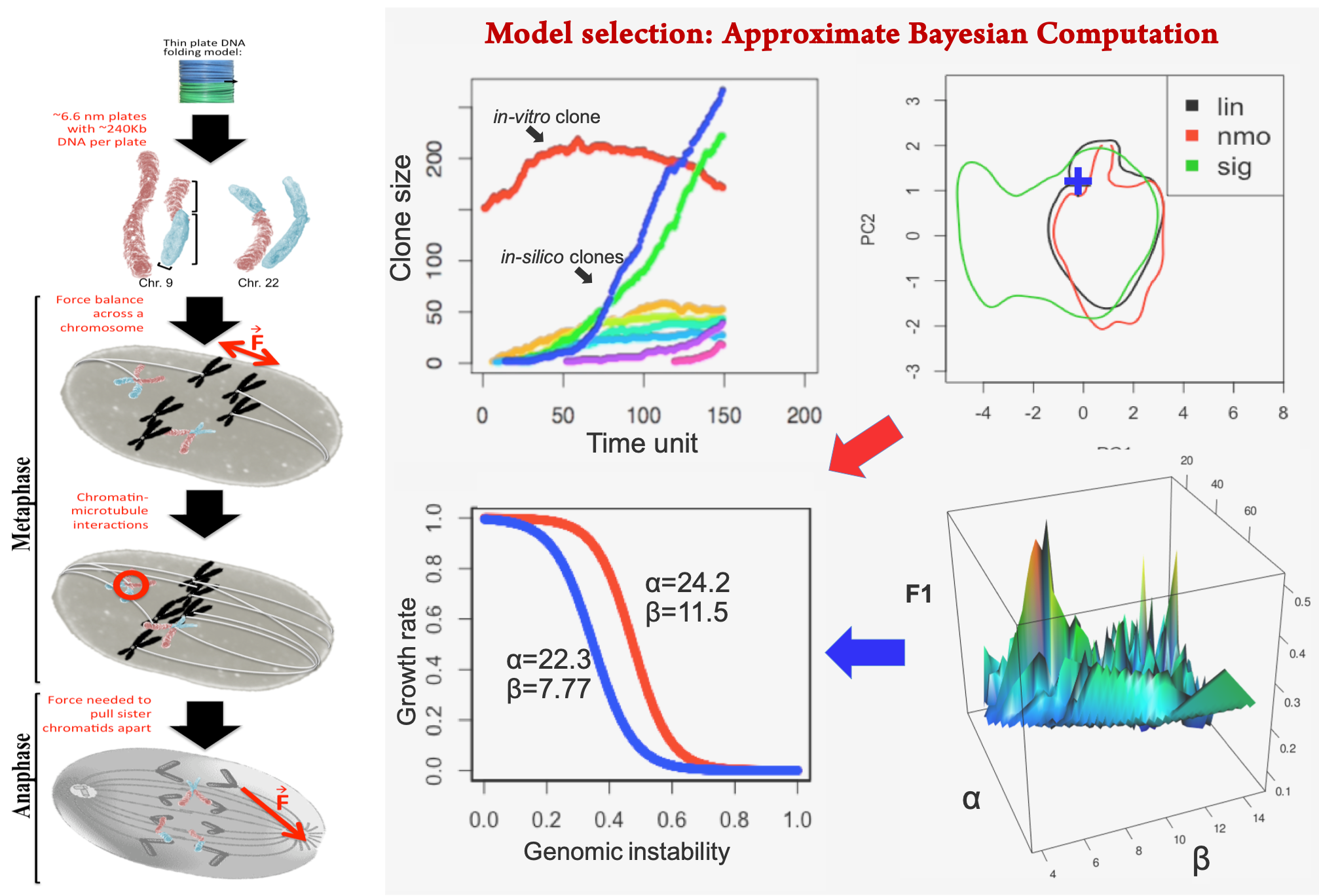 2. Modeling the evolution of ploidy in a resource restricted environment

Most gliomas are diagnosed as either lower-grade lesions (grade II) or Glioblastoma (grade IV). Progression of lower-grade gliomas (LGG) to Glioblastoma (GBM) is accompanied by a phenotypic switch to an invasive cell phenotype. Converging evidence from colorectal-, breast-, and lung- cancers, suggests a strong enrichment of high ploidy cells among metastatic lesions as compared to the primary (Brastianos et al., 2015; Angelova et al., 2015). Even in normal development: trophoblast giant cells are responsible for invading the placenta during embryogenesis and strikingly these cells can have up to 1000 copies of the genome (Hannibal et al., 2014). All this points to the existence of a ubiquitous mechanism that links high DNA content to an invasive phenotype. We formulate a mechanistic Grow-or-go model that postulates higher energy demands of high-ploidy cells as a driver of invasive behavior.

CNVs are a phenotypically effective form of genomic instability, leading to changes in the expression of a lot of genes simultaneously, even affecting the size of the cell. Our model proposes CNVs as an efficient route for cells to switch back and forth between migration and proliferation. This mechanism may contribute to the quick recurrence of GBMs after surgery (Hatzikirou et al., 2012) and may also explain striking differences in the prognostic power of integrin signaling and cell cycle progression between males and females (Yang et al., 2019).